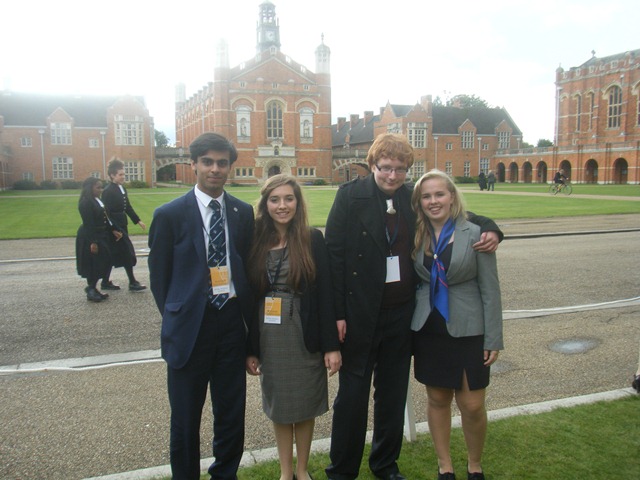 Four Royal Russell students attended the first Christ’s Hospital international Peace and Security (CHIPS) Conference. This was a fantastically run conference modelling two simultaneous Security Councils each A crisis and corresponding draft security council resolution had been released in advance and students were expected to bring amendments. During the day four ‘news’ films were shown moving the crisis forward and students had to react to the changes. At the end of the day awards were given to delegations for the following achievements:

· Leadership, diplomacy & ability to influence others

· Ability to work collaboratively and cooperatively as a team

· Staying in character representing correctly the views of their country

The prize for best school was awarded to the school that has as a whole team most met the award criteria. All four Royal Russell students performed superbly. The fact that three of the four were Year 11 students at a predominantly Sixth Form conference was very impressive.

Sam & Charlotte as India won Outstanding Delegates in their committee

Sultan and Georgia as Russia won Outstanding Delegates in their committee