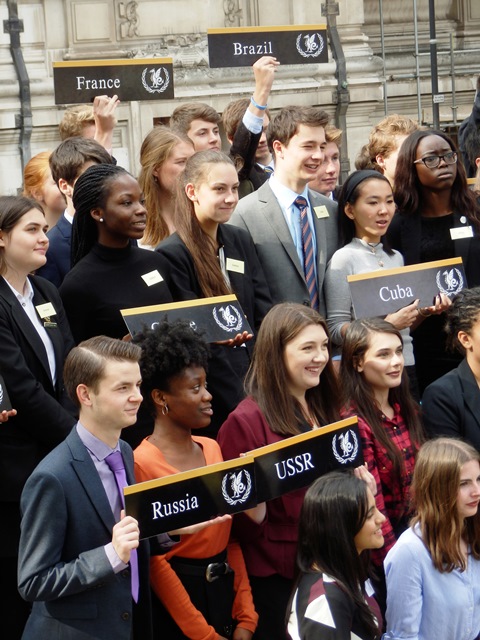 Four Royal Russell students attended the World AIMS MUN conference this week on the 70th Anniversary of the very first General Assembly. To add to the occasion the conference was held at the Methodist Hall in Westminster which also hosted the GA in 1946. In the opening ceremony Nick O’Donnell welcomed Royal Russell acknowledging that our school’s MUN conference was the first, and is the longest running, conference in the UK.

At the conference two of the original UN resolutions were debated, first as if it was 1946 and later as today. The two resolutions – on atomic energy and refugees couldn’t have been more relevant to today. Maybellene, Georgia, Aisha and Scott were lucky enough to represent USSR in 1946 and then Russia today. All four students spoke, with Georgia having the difficult task of trying to deny that USSR was looking to develop an atomic bomb back in 1946.

The conference was a huge success and a great start to a very busy year of MUN conferences for Royal Russell students.

Aisha after asking a question.jpg

Our team outside Methodist hall.jpg