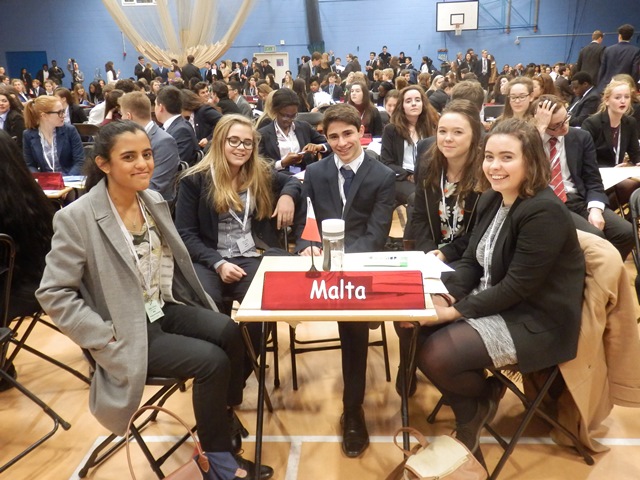 Last weekend saw another successful conference for Royal Russell MUN delegates with twenty two pupils attending Haileybury College’s 25th annual conference. The cold and windy weather didn’t put our pupils off when getting fully immersed into lobbying and debate and it certainly didn’t put any off attending the beach themed disco! We left the conference with three awards – Stevie and Georgia with highly commendable awards and Josh with a distinguished delegate award. For several of our Year 13s it was there last conference, including Michelle who has chairing a Human Rights committee, so for some it was an emotional end to the weekend.