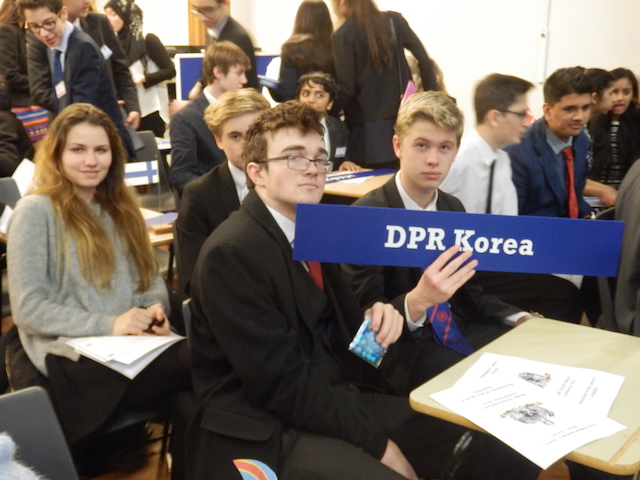 11 Royal Russell students attended the Haberdashers School MUN conference. Sam and Georgia were invited to chair and did a great job in their committees. The other students were delegates representing USA and North Korea. The North Korean delegation did really well despite their inexperienced with all of the students speaking in their committees. The delegation of USA enjoyed a very successful conference. Maria managed to get her resolution on Ukraine debated in committee although despite an excellent speech the resolution was ultimately defeated. Her reward for the resolution and some excellent speeches was a Distinguished delegate award. Callum co-submitted and spoke second on his resolution which passed. Badshah working in the Special Commission managed to get a number of clauses into the final resolution and he went on to win a Highly Commended award.
Ultimately our USA team of Georgia, Aisha, Callum, Badshah and Maria won a Highly Commended Delegation award. A great achievement for a team of year 11s and 12s in a highly competitive and well run conference.