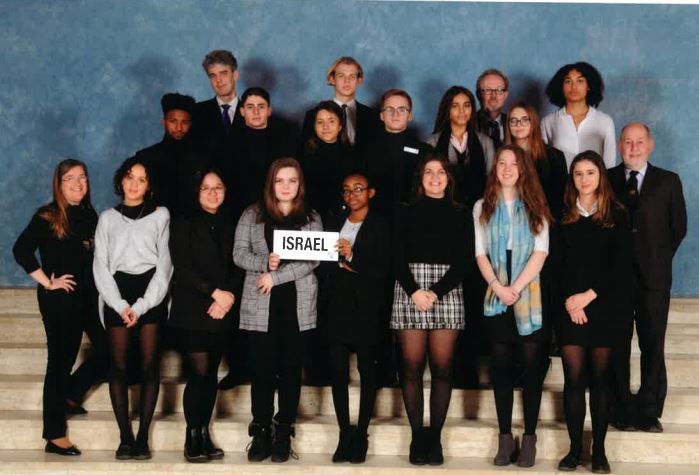 15 RRS students have returned from the Hague after a very successful week at THIMUN. Our ambassador, Stevie, managed to put up a strong showing in the debates on the occupied territories and she main submitted her resolution to her committee on the last day, before waving the Israeli flag in the closing ceremony. Megan acted as 1st yield on her resolution and Sophie was chosen to present the closing arguments for the resolution she had worked on in lobbying.  All of our delegates spoke in committee during the week and confidently put forward the views of the Israeli government, as is expected in this role-play. Lucas continued to be busy as President of the Environment Commission chairing many debates whilst Ella, although under-utilised, chaired excellently as always. Ana-Maria meanwhile completed two cases in the ICJ taking the minority side for the judgement of the Qatar v UAE case.

Outside of the debates some of our students also managed to visit both the OPCW and the International Criminal Tribunal for Yugoslavia on the final day.

Visit to the Peace Palace.jpg