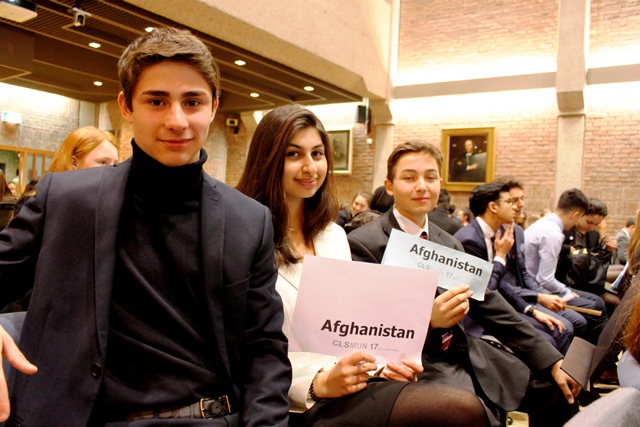 On Saturday 11 March 2017 we took three delegations to the City of London MUN conference.  Although a couple of experienced Hague veterans attended, largely this was an opportunity for less experienced delegates, several attending their first conference.

The day started with a particularly interesting key note address given by James Robbins, the BBC’s chief diplomatic correspondent, in which he described the best and worst he had encountered in his reporting for the BBC (meeting Nelson Mandela and Muammar Gaddafi, respectively), and concluding with a passionate paean to democracy, freedom and the values enshrined in the United N

Speeches and debate followed on a range of topics from the pressing issue of ISIS to the less well appreciated plight of the Rohingya people.  Hats off, in particular, to Dionne Scougul who stepped in as a late replacement with less than 24 hours notice to attend her first conference, debating this challenging latter topic.

Ella Jones’ first experience of debate in security council looked like it was her fiftieth, and she walked away with the highly commended delegate award.  Alex Blake also picked up a highly commended award.  Others, including Megan, Josh and Stevie were all excellent.

Another successful day for RRS MUN; well done to all.