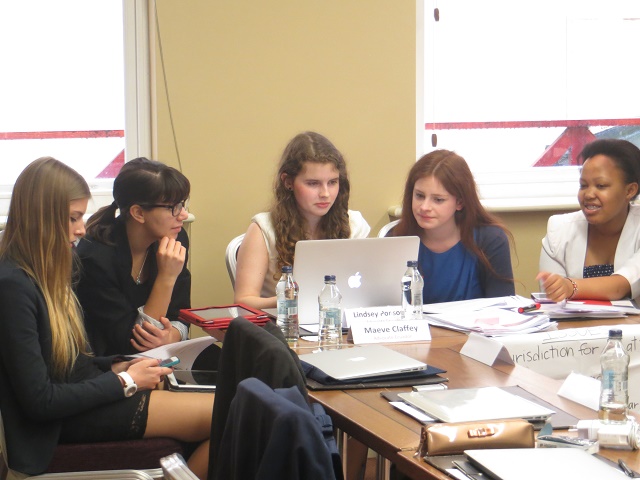 A small exclusive group of Royal Russell Students representing Syria attended the SAIMUN conference in Dublin. Despite meeting in Gatwick at 7.00am they did not actually arrive in Dublin until 11.00pm – technical difficulties for Ryan Air – meaning they missed the important lobbying and merging.

From then on the delegates were playing catch up. Sam, attending his 30th and last MUN conference, was chosen to make the first opening ambassadors speech and delivered an excellent challenge to the other students to support Syria. After that all four delegates played active roles in their committees and Carlie managed to take the floor in GA.

Meanwhile Maria, as Registrar in the ICJ, did a fantastic job co-coordinating all the evidence and acting as scribe whilst she and the other judges reviewed the evidence. She was invited to follow Robert Stern in GA to explain the ICJ and thank the participants. As always SAIMUN was a brilliantly well run conference and all our students had a great time.

Maria as Registrar in ICJ.JPG