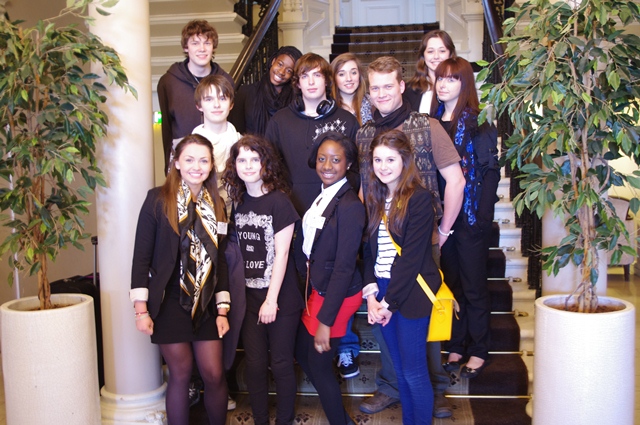 During the Easter holidays 12 Royal Russell Students attended SAIMUN, the four day Model United Nations conference based in Dun Laoghaire near Dublin. It is a very well run International conference with over 100 delegations and this year only two schools came over from the UK. Despite some very large committees, which made being recognised very hard, our students again did very well. There were five or six Distinguished delegate awards in each committee and three of the Germany Delegation won one – Ivan, David and Georgia. Since most of the students were sixth form equivalent David and Georgia’s success was particularly impressive. Everyone else spoke at least once with Lilly and Ivan making really good opening speeches to the GA. The students also managed a quick trip into Dublin to celebrate Lilly’s birthday at the Bad Ass café in Temple Bar.