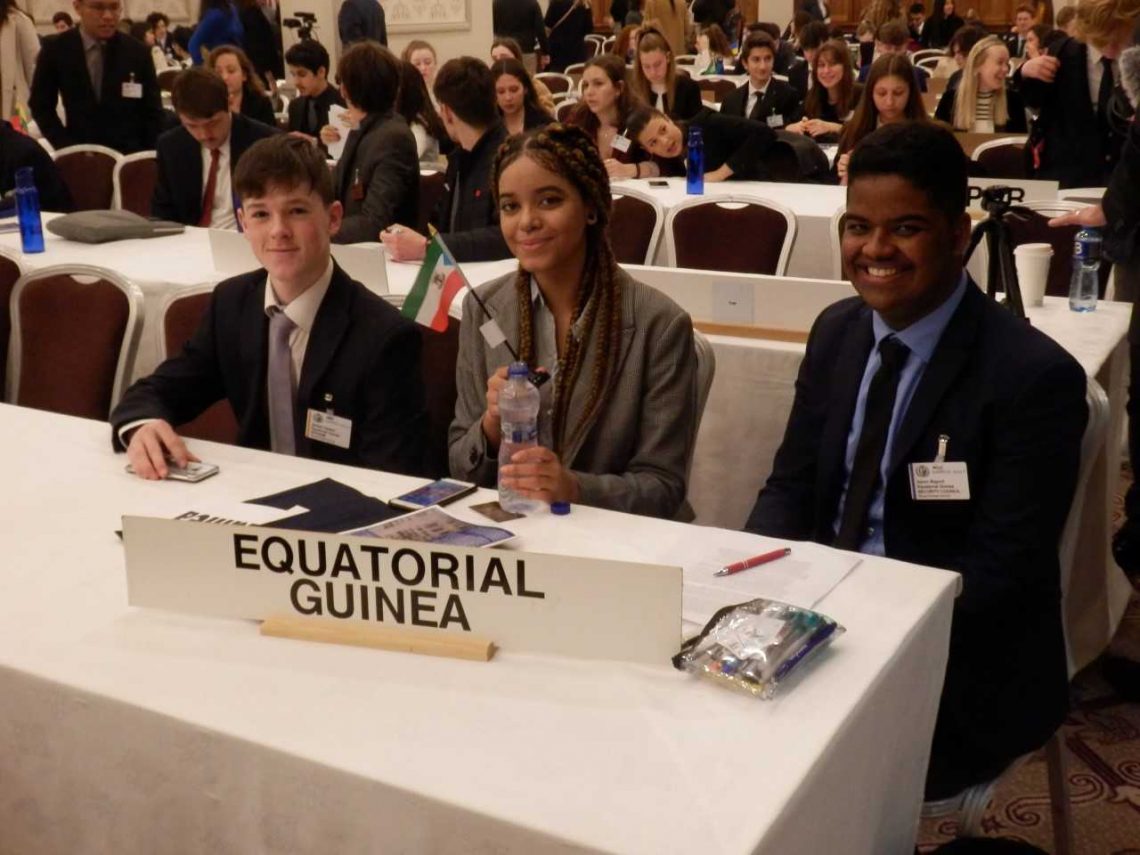 This year 7 students attended the 31st Dublin MUN conference. Having spent two months preparing, Megan and Ella finally had the chance to present their case at the ICJ, trying to defend accusations of Australia exploiting Nauru Islanders last century following the destruction of their island through phosphate mining. Ella and Megan did a great job as advocates but ultimately, having tried to support a seemingly morally indefensible argument, they found themselves on the wrong side of the majority judgement. Elsewhere at the conference we were representing Equatorial Guinea. Dionne set the tone with an excellent opening speech in GA  whilst Aaron was making his mark in the Security Council. Aaron and Dionne both did an amazing job throughout the conference, both main submitting resolutions in their committees and going on to win Highly Commended Delegate awards. Alistair, Shiraz and Josh have all had much less experience of MUN but they all managed to speak in their committees.

Dionne presenting her resolution in committee.jpg

Ella and Meg in ICJ.jpg

Ella as Advocate in ICJ.jpg

Front cover of The Delegate newspaper.jpg

ICJ Room with Ella and Meg as Advocates for Australia.jpg