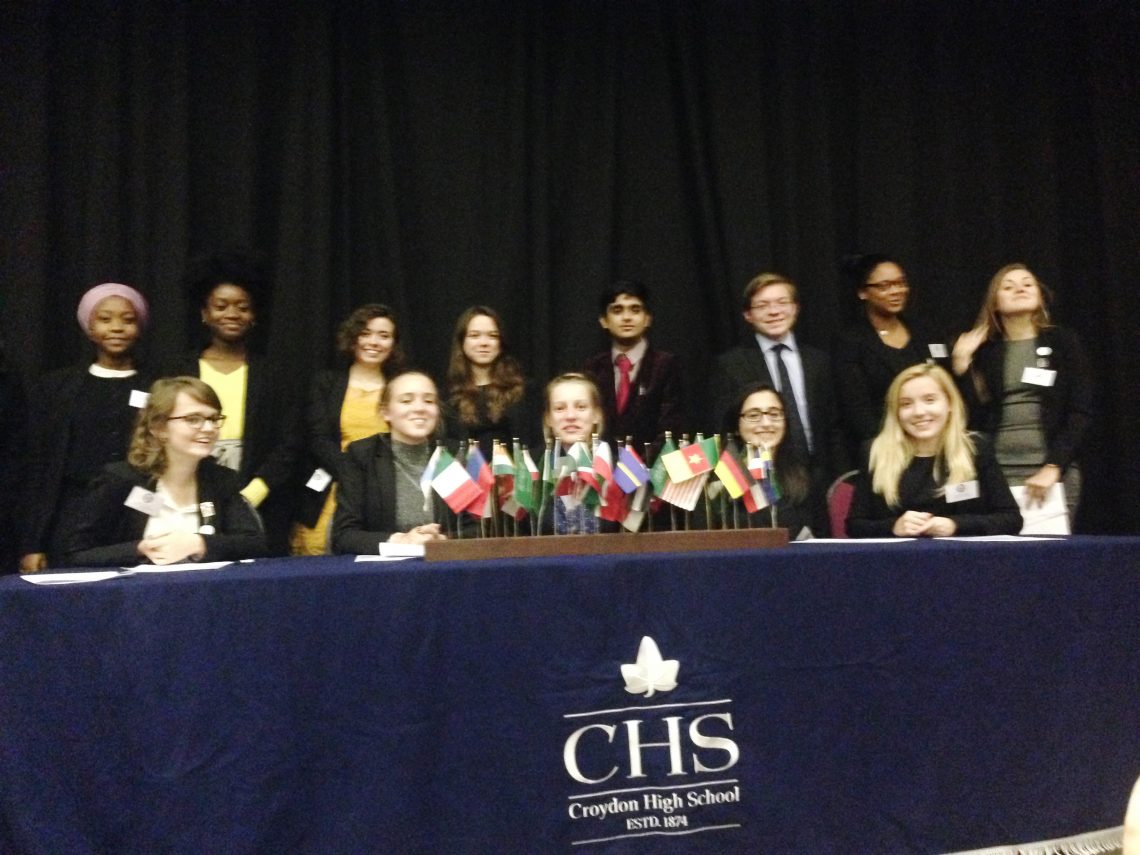 Royal Russell School played a large part in helping Croydon High run their first MUN conference  – lending them our flags and placards, and suppling half of the committee chairs.  It was nice to hear their Secretary General, in her closing speech, thanking us ….  “Royal Russell, without whom today’s conference would not have happened”.
With Maybellene, Eden, Bart, Elysia, Aisha and Khadijah taking chairing roles (and doing so with aplomb), it was great to see our less experienced delegates doing so well as delegates.  Everyone spoke repeatedly.  Josh and Nikta both wrote resolutions – the first time Nikita has ever done so – spoke on them, and had them passed by their committees.  Of the six top delegate awards given, four went to RRS students – Josh (at only his second ever conference), Valerie, Stevie and Rolanda, with Marianne also picking up a highly commended award.  Many of the others were superb, although our two Year 9 students Nikita and Megan deserve special mention for their high quality contributions to debate. All enjoyed themselves immensely, and it was great to help CHS off to a flying start hosting MUN conferences.

Our 5 chairs join other officers.jpg