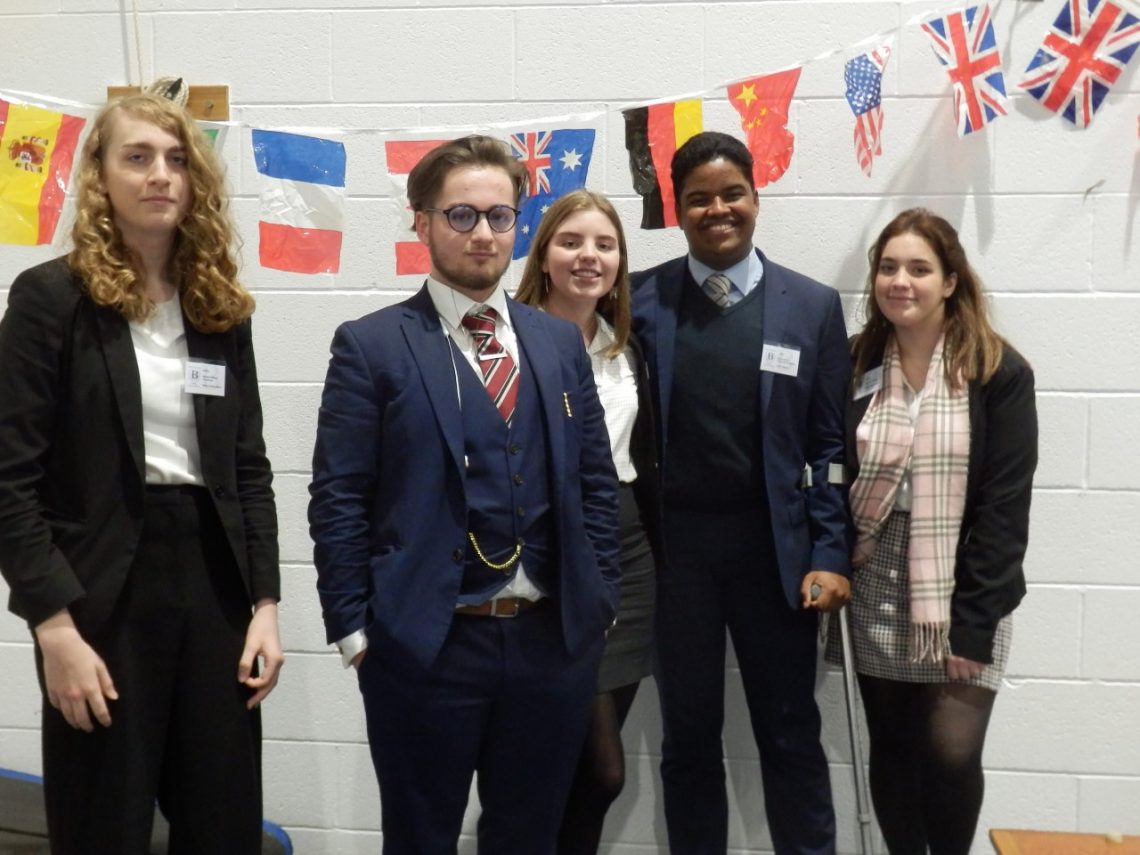 15 Royal Russell School students attended BMUN XII. This year we represented Sudan, Iraq and China with an excellent mix of experienced and less experienced delegates who all gave position statements in their committees, and managed to either take the floor or ask a point of information. Perhaps our busiest delegate was Sam who managed to get his resolution debated in both his committee and the plenary, getting it passed in both forums. Poppy did a good job in her first time as a Security Council delegate and it was great to see CJ and David taking the floor to speak alongside sixth form students. In the closing ceremonies only a small numbers of delegates were given awards so Betsy, Isabelle (both Highly Commended delegates) and Aaron (Outstanding delegate) did particularly well to win theirs. All their efforts were rewarded when China won a prestigious Highly Commended award.