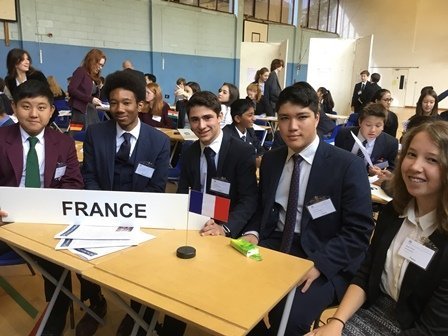 IMG_0058.JPG
Royal Russell students launched the MUN year with a successful trip to Reigate MUN representing France and Jordan. Lucas and Stevie both acted as Chairs and did a brilliant job. With the clash of our own RRS Open Day, we took a more inexperienced team than usual but they all did well, each speaking in their committee a number of times. Hugh was the main submitter on a resolution which was sent to the GA but sadly not debated due to time. Megan did well in the Security Council and Marshall, Andrew, Nafeesah and Sumaiyaa enjoyed their first senior conference.