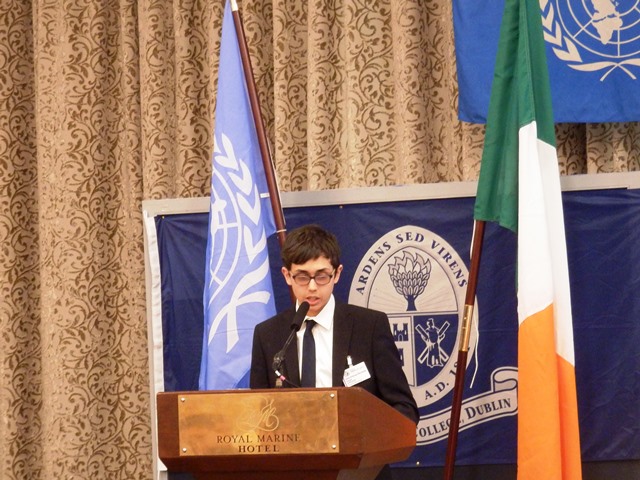 Five Royal Russell Students attended the 29th SAIMUN conference during the week before Easter. As always this was a brilliantly well run conference and our students had a fantastic time. George, Gedi, Megan and Pippa represented Egypt at the conference and all spoke a number of times with Gedi making an excellent speech as the ambassador at the beginning of the conference. Pippa was a very active member of the Security Council speaking many times and making a number of sensible amendments.
Stevie meanwhile was a judge on the ICJ (run by Mr Stern) looking at a dispute between Somalia and Kenya. She proved herself an excellent Judge asking many insightful questions and playing a big role in the court.
The students also had a chance to visit the centre of town on Wednesday and to enjoy a delegation dinner at the Thunderclap restaurant.
Home » Royal Russell at SAIMUN 2017 » Royal Russell at SAIMUN 2017

Stevie and Mr Stern from the ICJ.jpg